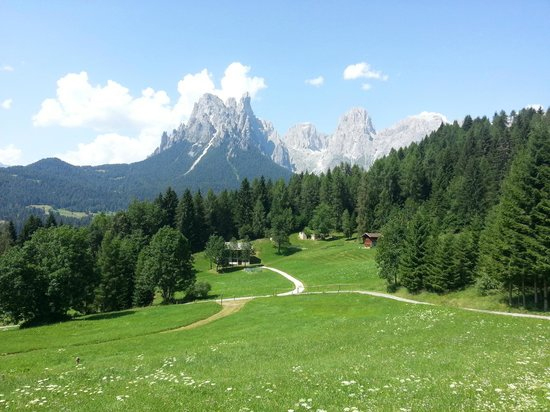 We would like to recall the 16th of July 1949 through the words of Igino Giordani, after 67 years have passed. A historical moment in the life of Chiara Lubich and the entire Focolare Movement, it is a day to remember and relive.
Love for God was reflected in love for nature, God’s creation. Chiara loved to bring her girls up to the alpine huts. Though frail and often ill, she hopped about and climbed the steep slopes and it was difficult to keep pace with her.

“You must have won several track championships!” Foco would say to her, since like all the others he had a hard time keeping in step. It was quite a difficult task not only in that track race, with his leg which was wounded during the war,  but also because of the mystical heights she led them to.
Amid the gorges, under the shade of the pines, below the rocks, and most often close to alpine icons or chapels, she spoke of God, the Virgin, and supernatural life, since the supernatural was part of her. She lived with the Lord always, the effect of that charity on which atom after atom, all was based. And so those woods were transformed into cathedrals, those peaks seemed like the towers of the holy city, and flowers and grass reflected the presence of angels and saints: everything was imbued with God. The barriers of the flesh fell. Paradise opened its doors. And in fact, that summer in Tonadico, Chiara saw and described Paradise. And it was there in Tonadico that the first Mariapolis  (which was not a Mariapolis) was held…

It so happened that Lia had inherited a mountain hut in Tonadico di Primiero, and Chiara and the girls decided to go there for a 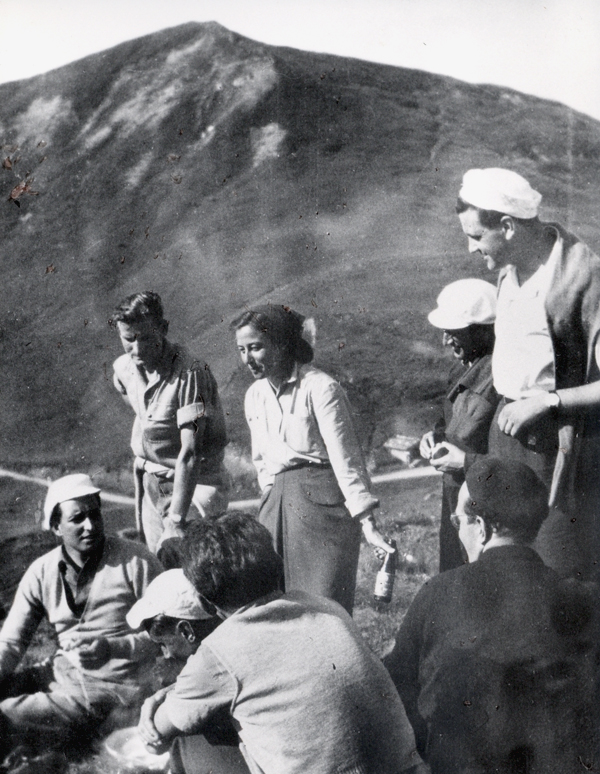 summer holiday.
The hut comprised an upper barn, reached through a winding ladder from the ground floor which had a room and tiny kitchen. A few cots were placed in the upper barn, and a cupboard was hoisted up. Foco stayed at the Orsinger Hotel and had the chance to hold meetings with the Cappuccini fathers.
He wanted to make a vow of obedience to Chiara in their church, but Chiara thought this was not in line with the Ideal. She proposed instead that they make a pact among themselves during communion, on that nothingness of Jesus’s soul, and this pact of unity in Jesus came about. “On the altar of our sacrificed Ego – Chiara said – Jesus the Eucharist sealed the pact with Jesus Eucharist they had received in their hearts.”  While in prayer Chiara invoked the Father. And that word, for her who was one with Jesus, seemed to have been pronounced by the Holy Spirit.  She thus understood that religion lies in Jesus, the brother who leads to the Father. She felt she was taken to a sunlit abyss and was in the womb of the Father, because two rays had merged in the total annulment: in that unity of two souls, she had a vision of that soul which enfolded all the souls of the Focolare. She felt blessed almost as if she would never fall lower: first she recounted her vision seated on a rock behind the Church; then she rushed to the girls to confide it to them. To her this was the start of what she called “Paradise.”