The meeting with Chiara Lubich

Igino spent the first part of his life searching for a way to translate his religious commitment into something deeper. As a lay person, husband and father, immersed in world affairs, he was well aware that the Church allowed him only a limited and confined role. At the time there was a popular ironic saying which described the role of the lay person in the Church as that of one sitting in the pews or kneeling in prayer, adding, jokingly… and with their hands in their pockets! 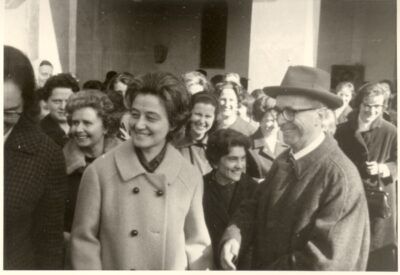 In September 1949 something occurred that changed his life. At the office he used as a Member of Parliament, at Montecitorio, he received a visit from a small group led by a young woman from Trent. She had come with a layman and three Franciscan Friars: one Friar Minor (OFM), one Conventual (OFM Conv.) and one Capuchin (OFM Cap.). The young woman was Chiara Lubich, founder of the Focolare Movement. Igino was not keen to meet them. He was expecting to hear the same old story from overly zealous people who wanted to share their ideas about how to renew the Church. He did not like that sort of thing because he believed that to give new life to the world you needed to go back to the roots of Jesus’ teaching and not come up with strange solutions. In fact, Igino had made a name for himself as an intellectual with a consistent approach who was inflexible in the face of any kind of deviation from Christian tradition. Upon reflection, the meeting with Chiara could have gone very badly. Furthermore, Chiara was a young woman of 28 who possessed neither important academic qualifications nor religious experiences known and approved by the Church. Giordani was almost twice her age (he was 54) and at the height of his career. He had written about 60 books and represented the cutting edge of Christian social engagement. He was wondering how he could quickly usher out the group led by Chiara … but let’s hear instead what happened in his own words:

«The young woman spoke; I was sure I was going to be subjected to sentimental propaganda about a better world. Instead, from her very first words I sensed something new. Suddenly my curiosity was aroused and a fire began to blaze within me. After half an hour, when she had finished speaking, I was immersed in an enchanted atmosphere, a cloud of light and happiness. I would have wished to continue hearing that voice. It was the voice that, without realizing it, I had been waiting for.» 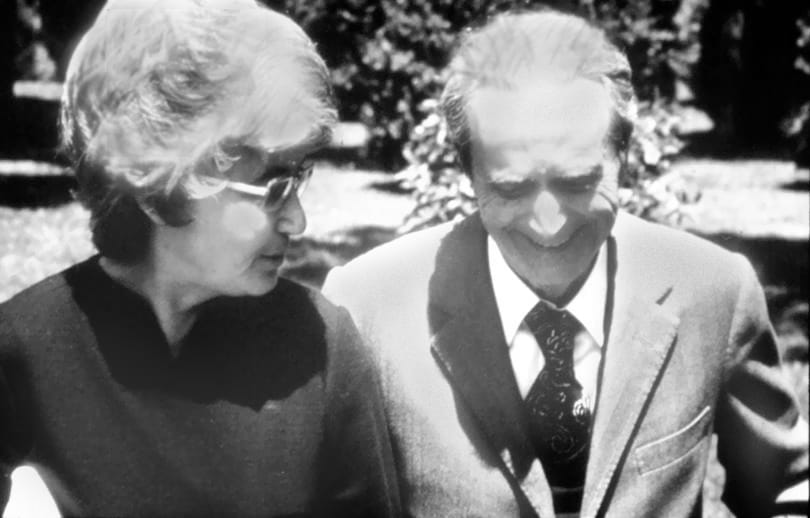 From the unity between Igino Giordani and Chiara Lubich, the Focolare Movement blossomed: she was the inspiring spark, he the flame that could convey such a bright light to humankind. She was the “saint inspired the Holy Spirit” as he defined her, while he – as Chiara herself said – seemed to her as having “a special grace to understand the Ideal that God had given me, giving it the importance it deserves.” The fruits of their encounter spread throughout the world and continue to enrich the life of many individuals and many groups. This fruitfulness passes from the spiritual level into the life of society, public life and politics in every part of the world.

In the words of Chiara Lubich 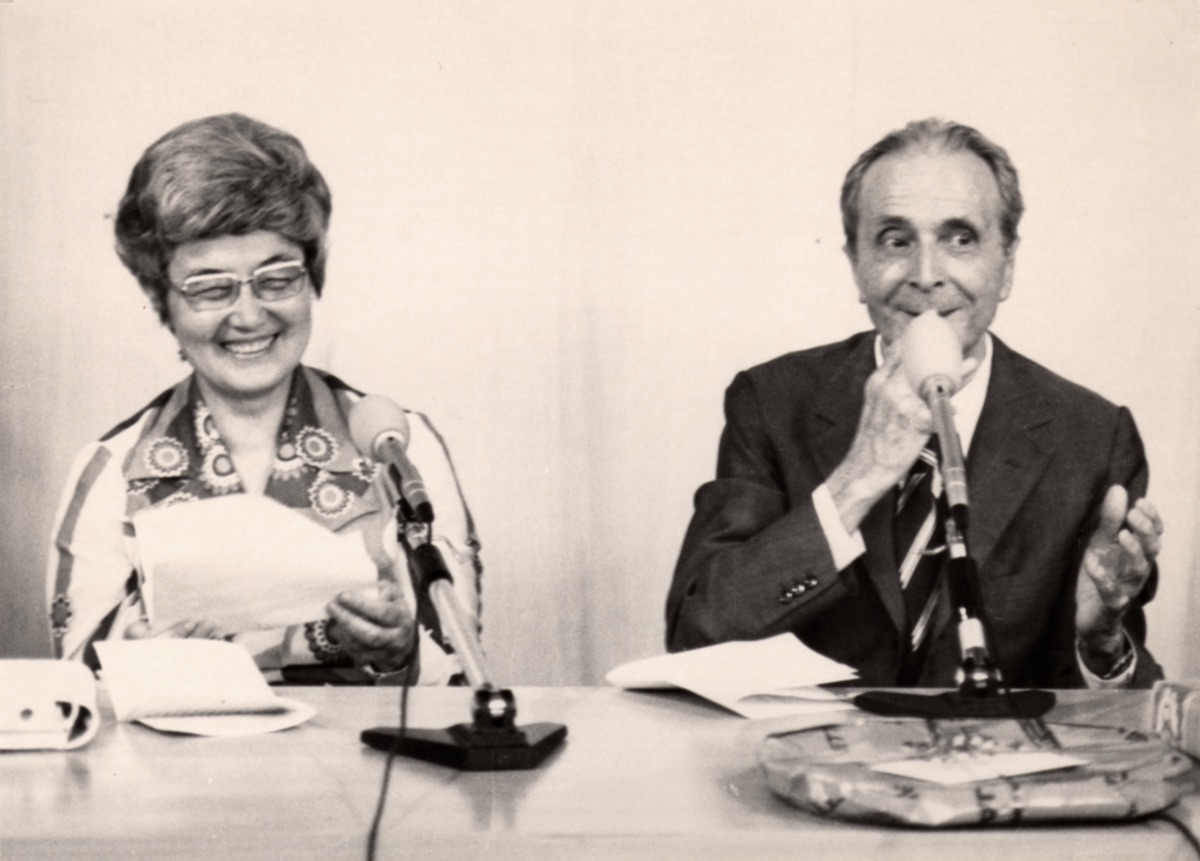 “Someone once said that if by chance all the Gospels on earth disappeared, Christians should live in a way that, just by seeing how they live, the Gospel could be rewritten.
Well then, Igino Giordani was one of those Christians. On the day we gathered to bid him a last farewell, a funeral attended by thousands of people from all over the world, the Gospel passage of the Beatitudes was read during Mass. All those who had known him well were unanimous in affirming that he had lived them all.
He was exceptionally “pure of heart.” It was this purity which led him to define our earthly existence, one always accompanied by God’s providential love, as a divine adventure.

This same purity of heart strengthened and refined his most sacred sentiments. He loved his wife immensely and it was both striking and touching to see the depth of his love for his four children.
He was “poor in spirit,” completely detached not only from all that he possessed, but above all, from all that he was.
His heart was filled with “mercy”. In his presence, even the most miserable sinner felt forgiven and the poorest person felt like a king.
He was always a “peacemaker”, as is clear from the record of his political career. He reached the point of possessing such great meekness as to make you understand why the Gospel says those who have this virtue possess the earth. The kindliness and graciousness, with which he treated people, and his way of finding the right word for each person, won over all he met. They all felt respected and at ease. Young people related to him as equals. Many people affirmed, especially during the last years of his life, that a supernatural atmosphere radiated from him.
He was a superlative Christian, a scholar, an apologist, an apostle. Yet, when he encountered a genuine spring of water flowing from the Church, he was able to set aside everything to follow Jesus who was calling him to quench his thirst with that water. He realized it was a sign that the Holy Spirit is always alive and active within the Church.
He also lived the Gospel of humility. If he thought that someone in the Movement wanted to give him special honour because of his past accomplishments, he begged to be treated just like all the others.
Perhaps, however, what stood out most in Giordani was – as we have said – the Gospel of love. While thirsting for God since childhood, he had been called to live in the midst of the world. Then he had discovered a way, perhaps the surest possible way, to reach that which is Eternal. He described it as consisting of three steps, almost three points of a triangle – I, my neighbour, God. He was convinced that he would reach God by loving his neighbour, through each neighbour, serving all those he came into contact with throughout the day. This is what he did, and his soul reached great heights because the more he loved his neighbour, the greater was his union with God. And vice versa: the more he was united with God, the more refined was his love of neighbour.
Giordani was one of the greatest gifts that heaven gave the Focolare Movement. He dedicated much of his life to this new reality in the Church which also has another name: the Work of Mary. It is the Work of Mary because we all feel that here too, as in other times and places, it is above all Mary, the Virgin, the Mother of the Church and of humanity, who is at work.
We believe that it was Mary, whom he loved so much, who rewarded him by making of him one of her chosen children, leading him almost into the realms of the mystics. 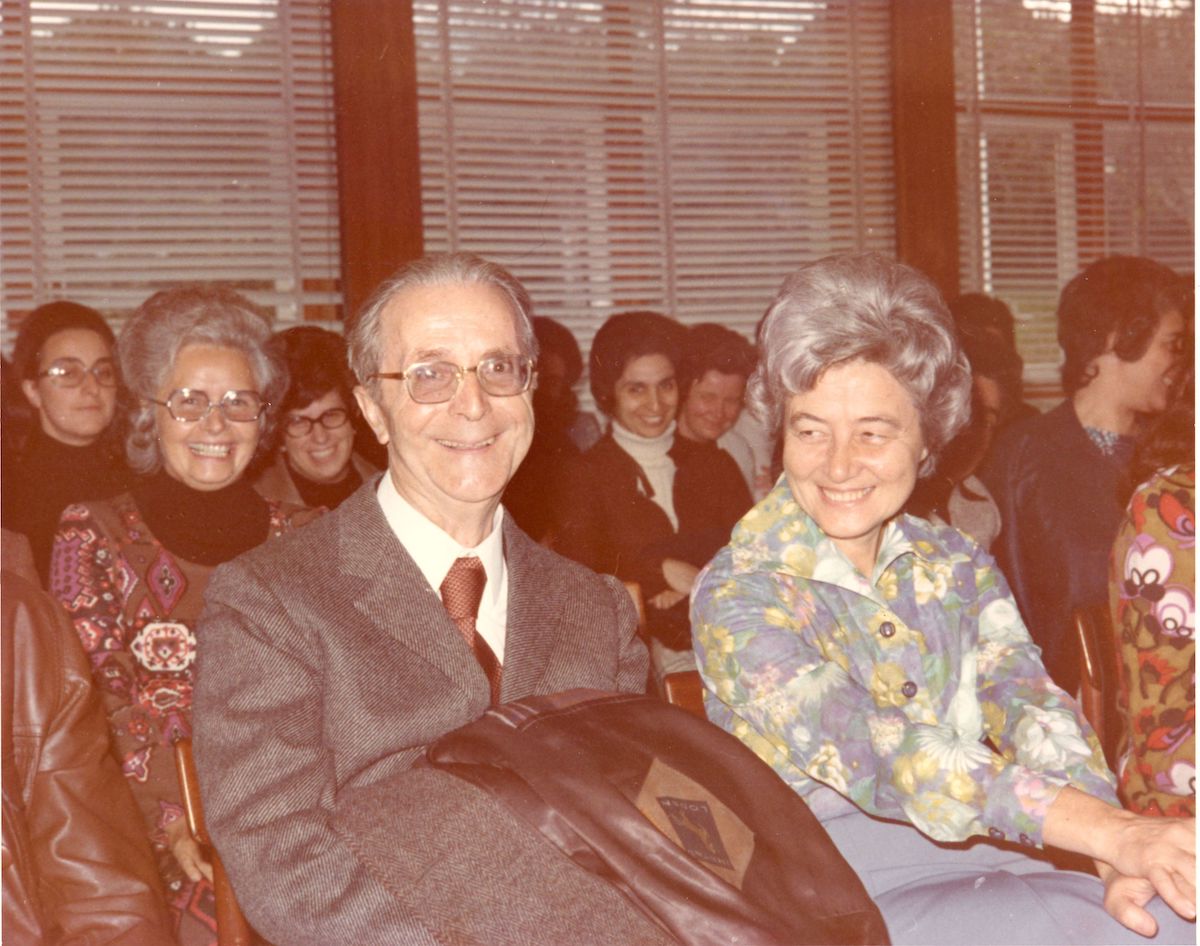 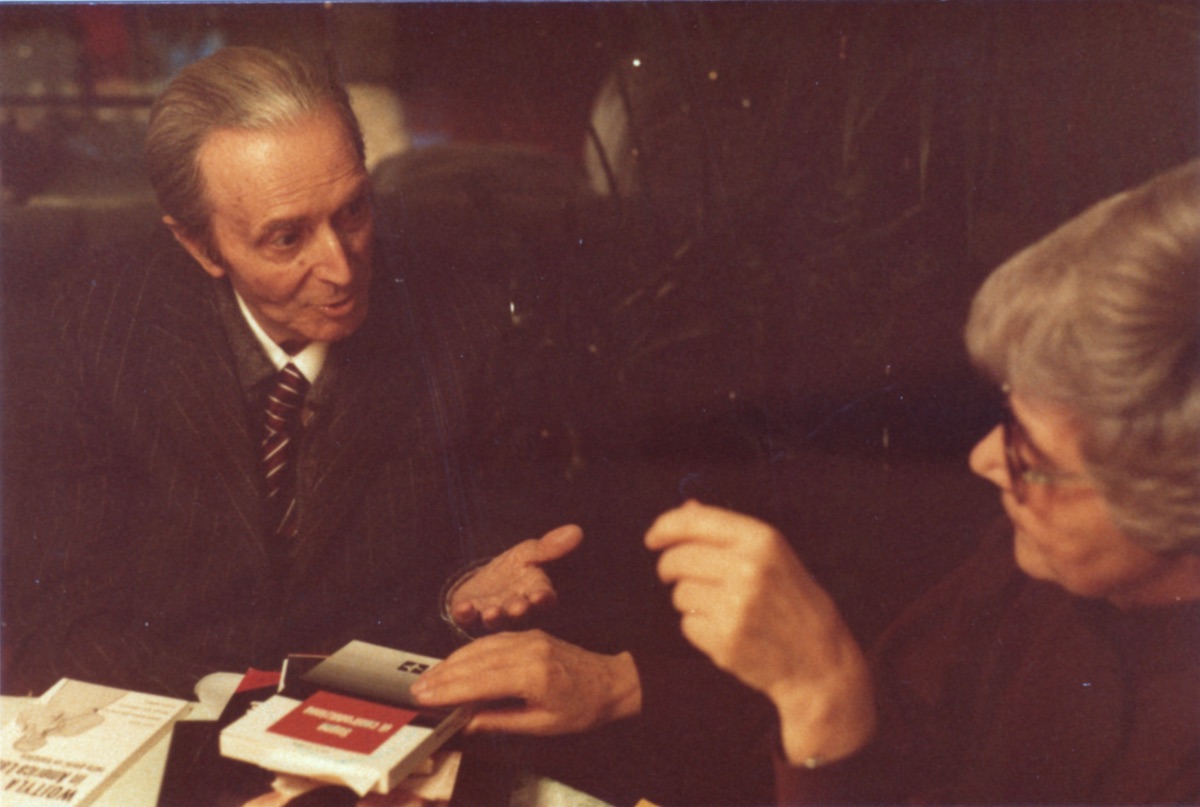 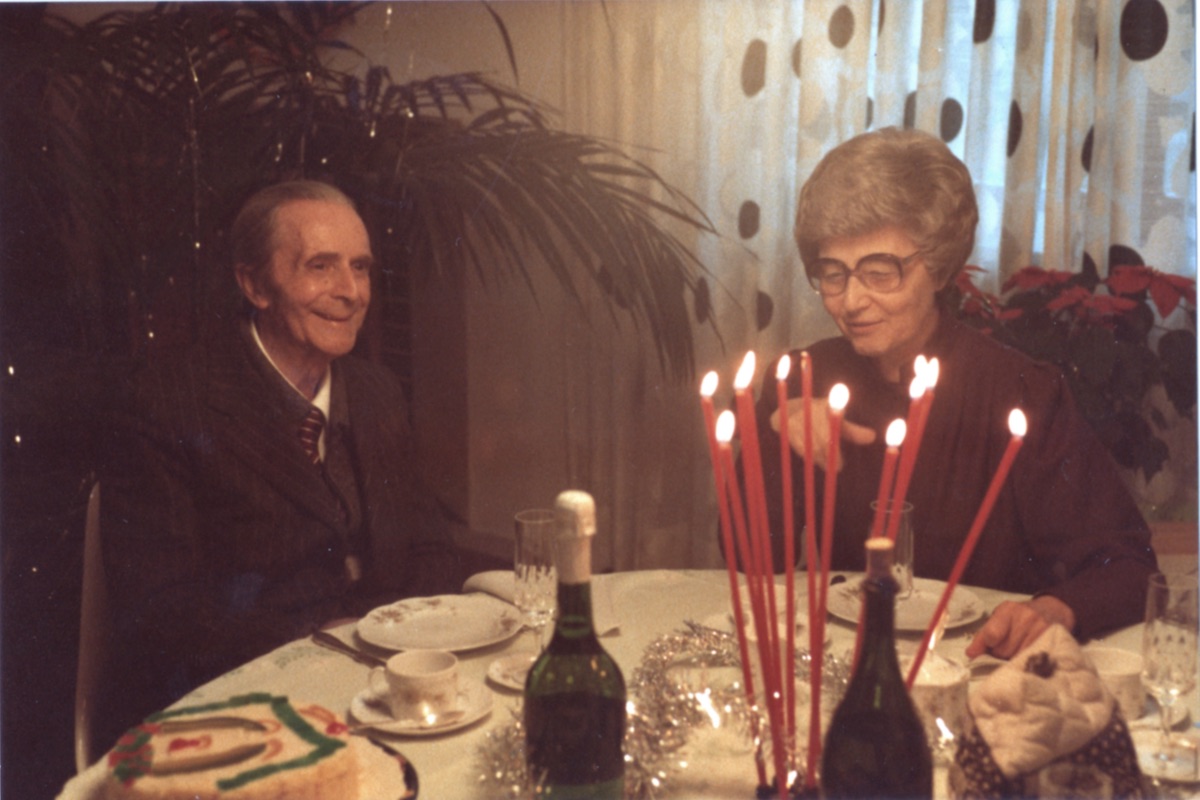 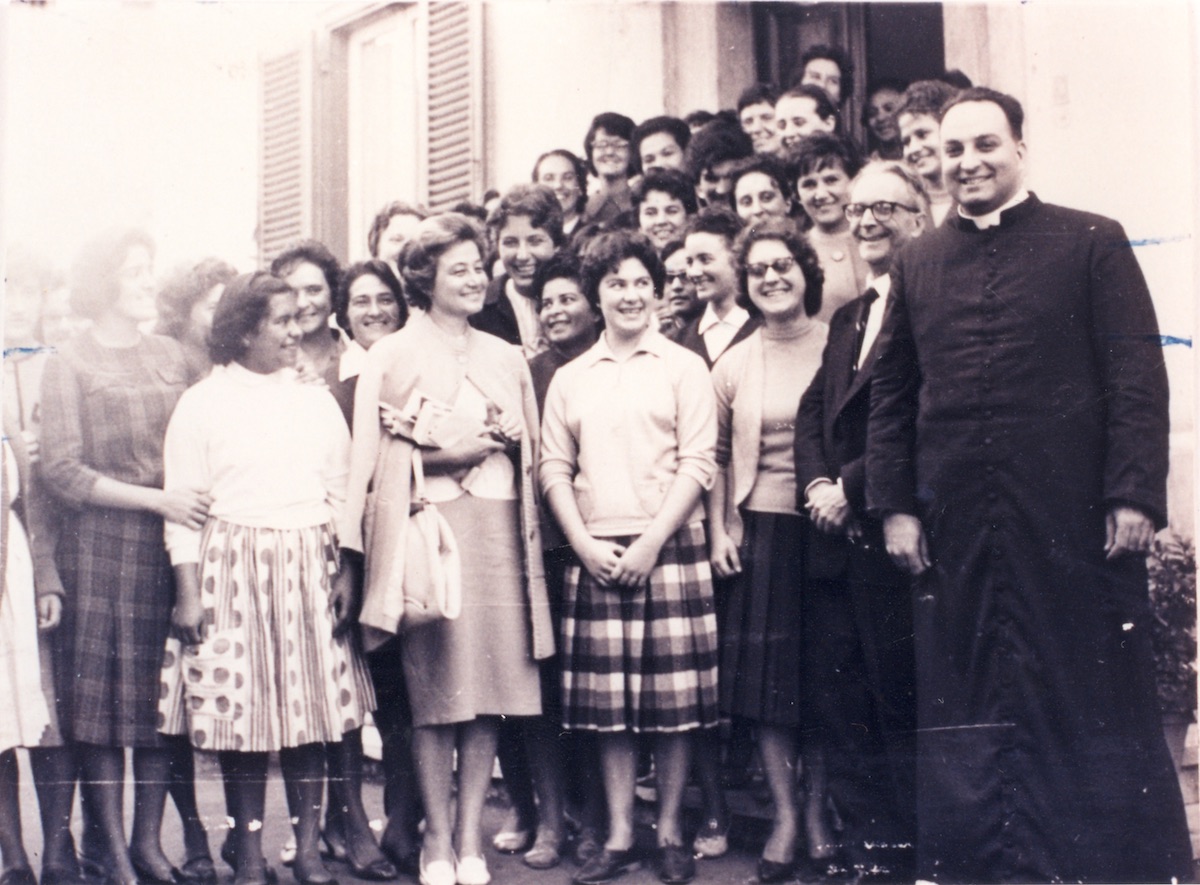 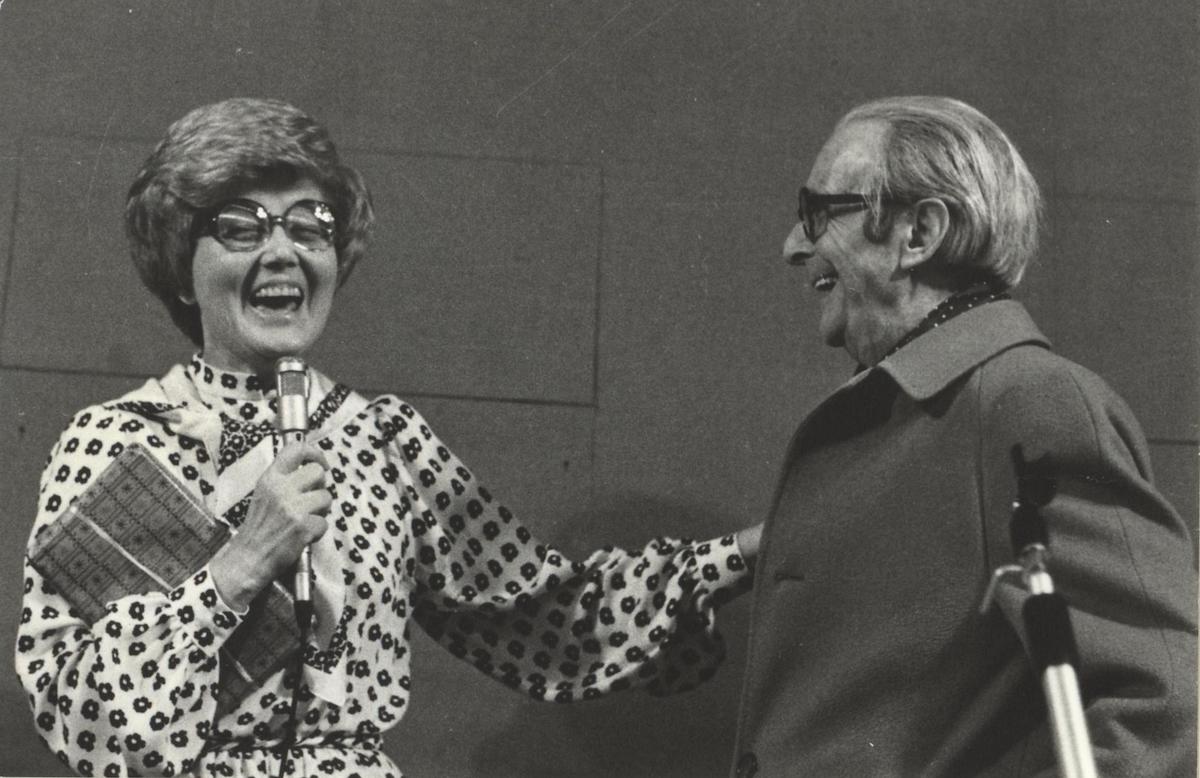 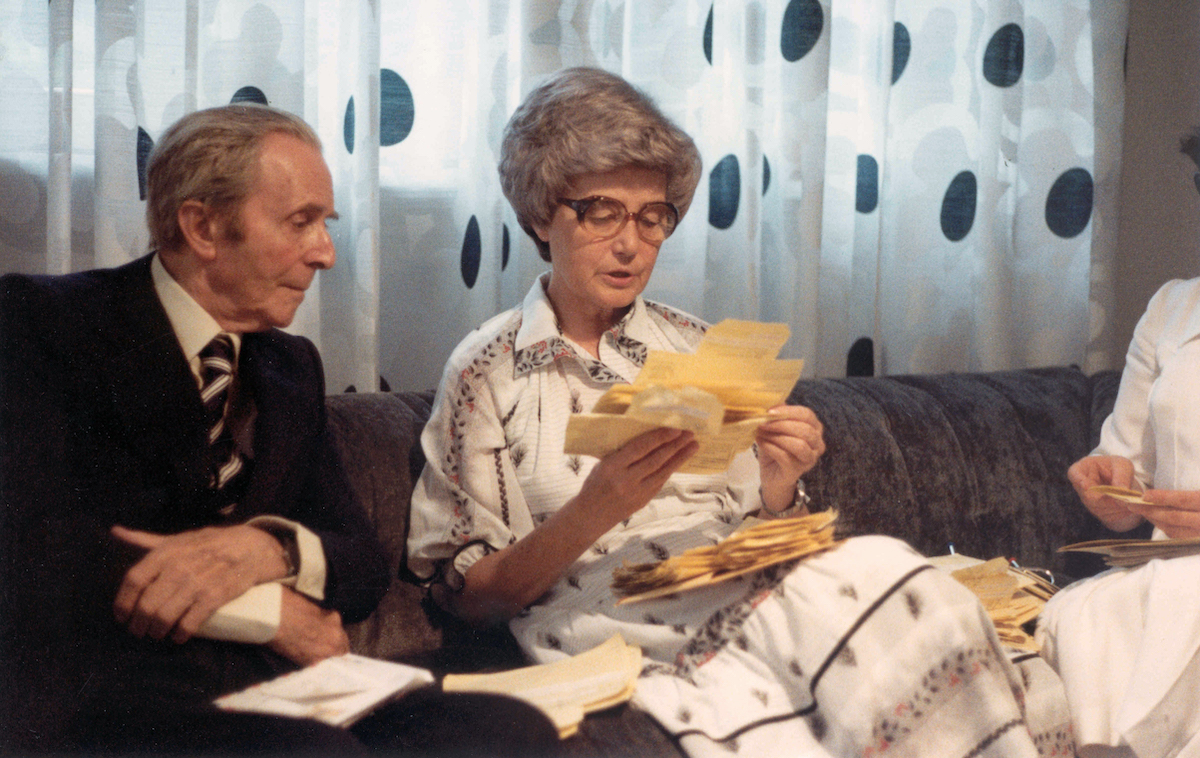 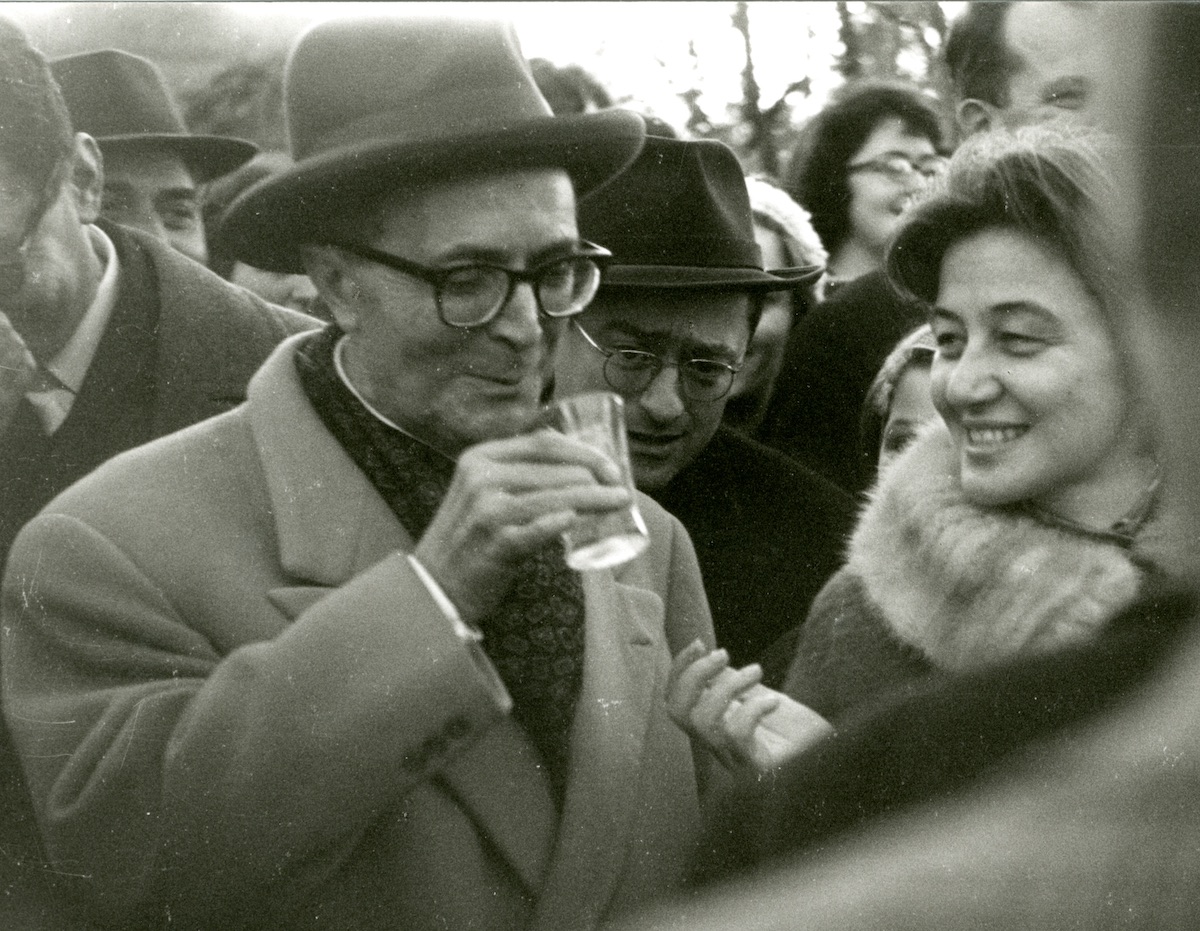 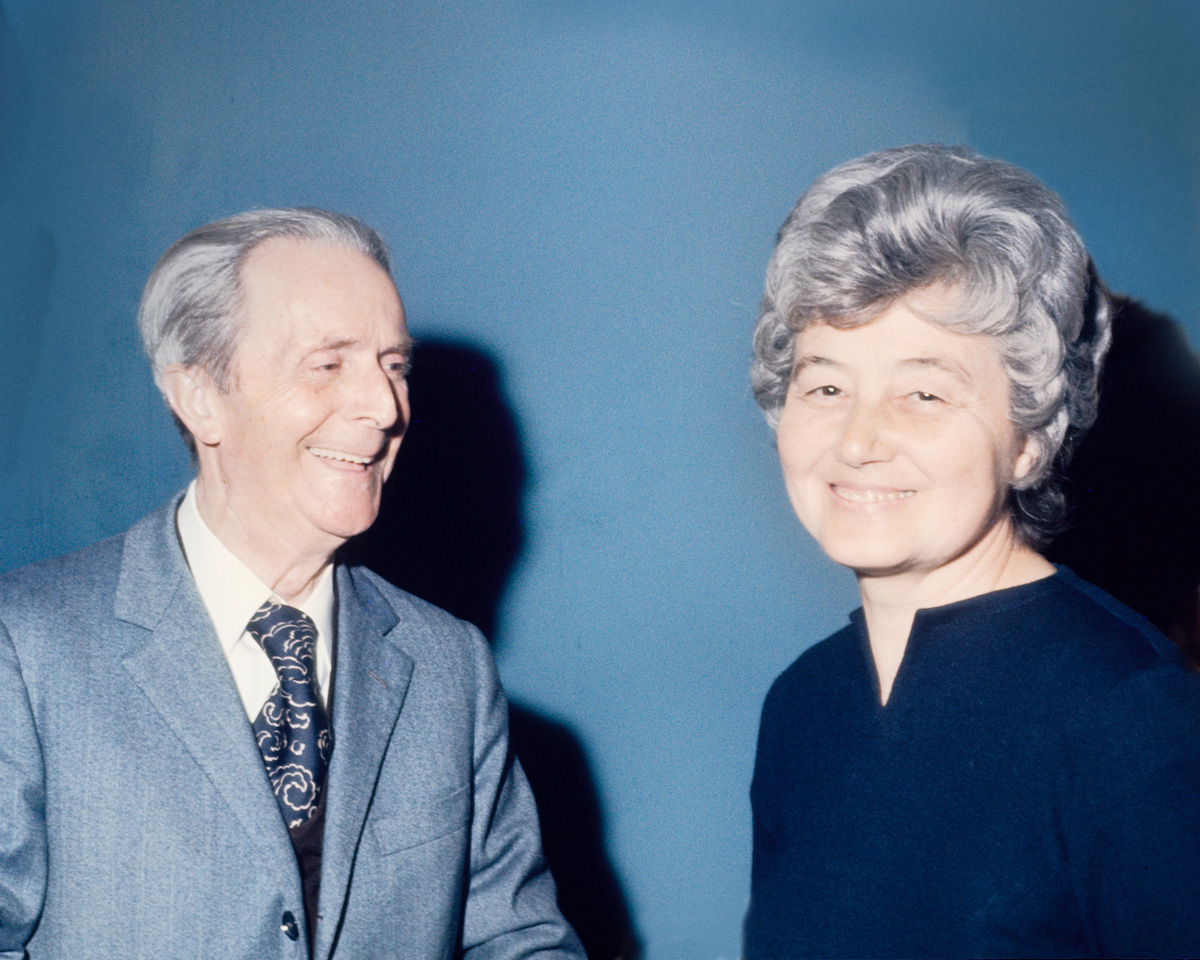 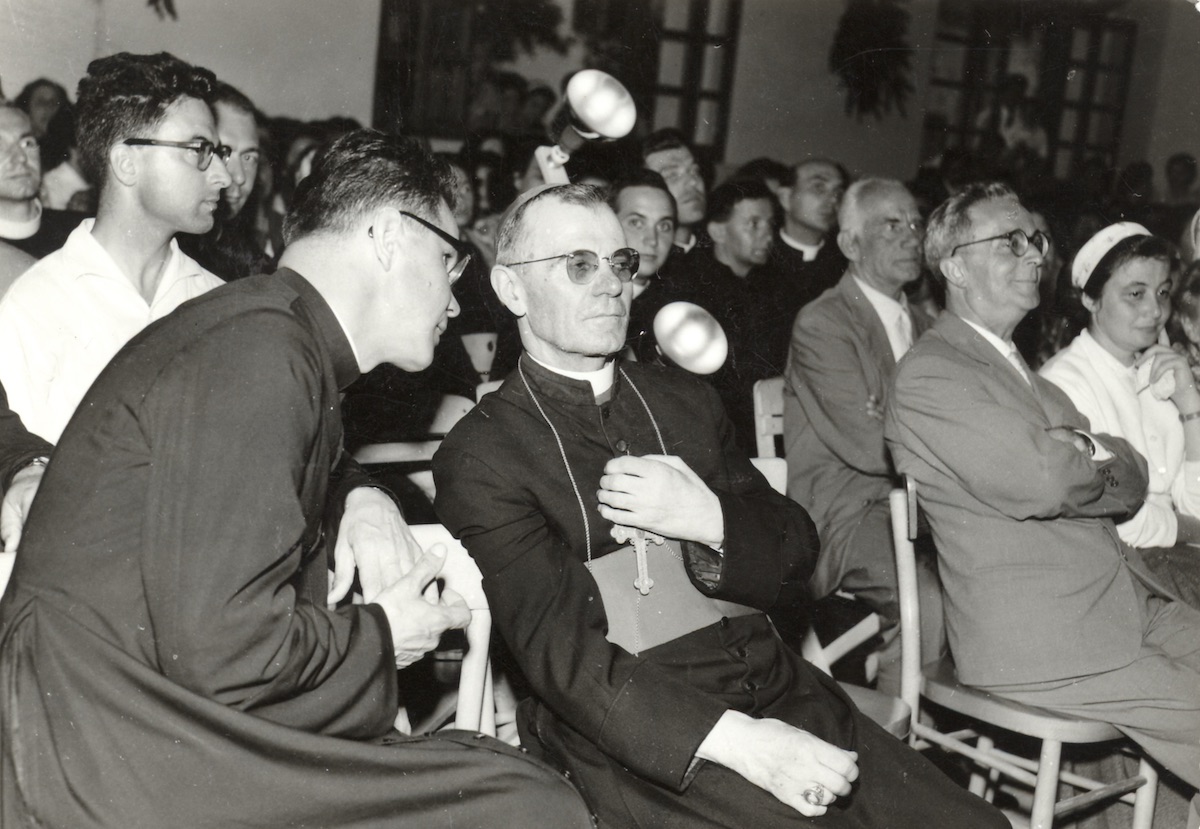 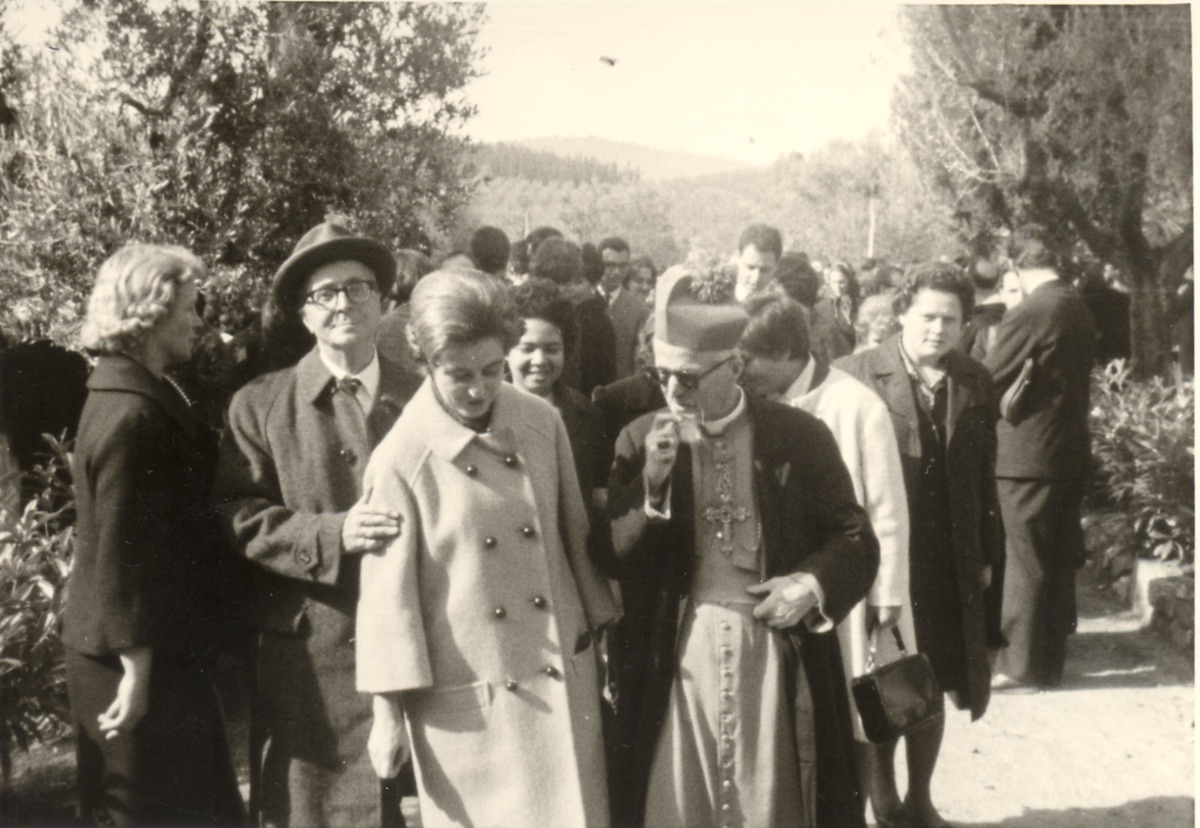